What's the Difference Between Champagne and Prosecco?

Champagne and Prosecco are the two most popular sparkling wines in the world, and although the two terms are often used interchangeably, they are very different in their production, taste and style. This week I take a look at the differences between these famous bottles of bubbles.

Champagne and Prosecco are both protected terms in the EU and can only come from strictly defined wine regions, with all Champagne coming from the Champagne region in the north of France and all Prosecco made in northeast Italy.

Champagne is located in the far north of France and has a cool, wet climate that is on the margins of where grapes can ripen successfully. These cool growing conditions, as well as the famous local limestone and chalky soils, help to retain the characteristic acidity, lightness and finesse found in Champagne.

Prosecco is made in the Veneto-Venezia regions in northeast Italy. The region enjoys a warm-temperate climate, with moderating breezes from the Mediterranean, making conditions easier to successfully ripen grapes than those found in Champagne. This warmth, coupled with high rainfall, provides the perfect growing conditions for high yields of perfectly ripe grapes, and also helps to give Prosecco its ripe peachy-pear flavour. 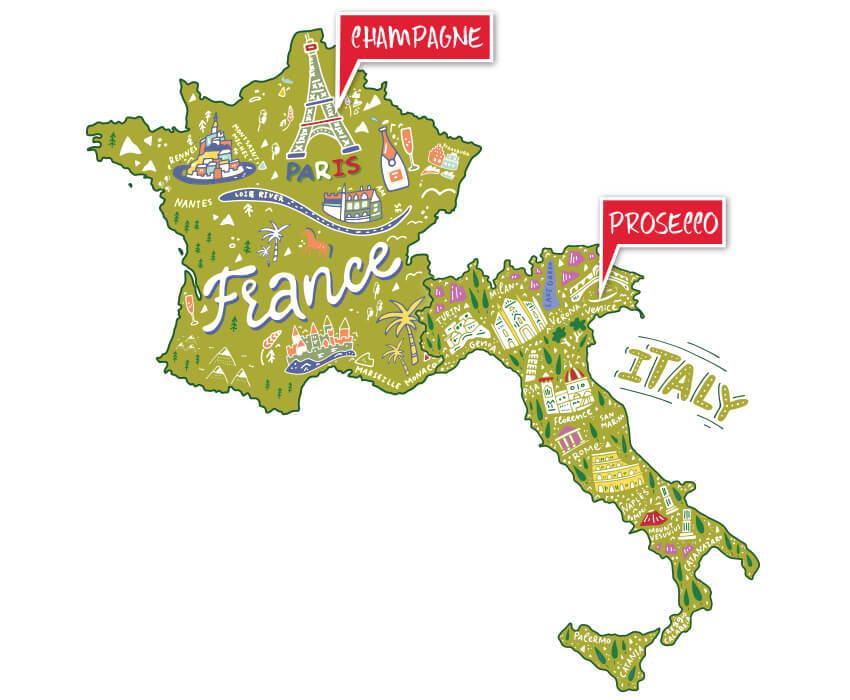 Grapes are very picky about where they will grow and thrive, which is why there are thousands of different wine grape varieties around the world. Due to their differences in climate, soils and winemaking traditions, Champagne and Prosecco producers use different grape varieties to make their sparkling wines. 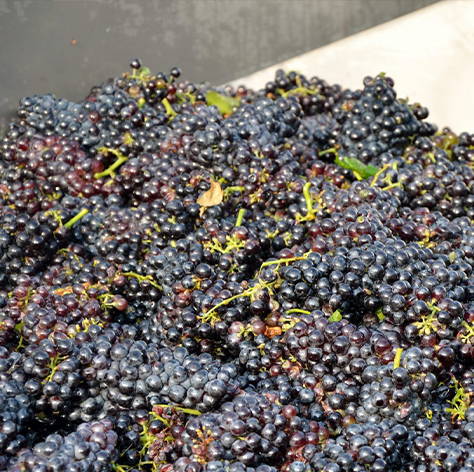 Although there are 7 permitted grapes permitted in Champagne, three varieties make up 99% of all vineyard plantings: the green-skinned Chardonnay and the two black-skinned siblings, Pinot Noir & Pinot Meunier. Even though Pinot Noir & Pinot Meunier are black-skinned grapes, they will traditionally be used to produce white wine in Champagne, as the winemaker will remove the grape skins from the juice before it picks up any colour- this style of Champagne is called Blanc de Noirs ('White from Black' grapes), whilst Champagne made solely with Chardonnay is called Blanc de Blancs ('White from White' grapes).

Champagnes made from single varietals are not that common and most of the best-known brands are a blend of Chardonnay, Pinot Noir and Pinot Meunier.

Vintage Champagnes are typically only made in the very best years and for the most prestigious wines. Most Champagnes are a blend of different vintages to keep consistency of taste in each bottle, from year to year.

To make rosé Champagne, Pinot Noir or Pinot Meunier grapes will be vinified as a red wine and added in small amounts to add colour and red fruit flavour to a Champagne.

Where Champagne relies on a blend of grapes, Prosecco's success is down to one workhorse grape variety, the local green-skinned Glera grape. Every Prosecco must be at least 85% Glera grapes, and in practice most winemakers will solely use this variety.

Glera has naturally high acidity and a neutral flavour profile, both of which help in sparkling wine production. Since the 2020 vintage, Prosecco can be made in a rosé style, whereby 10-15% of the red-skinned Pinot Noir grape variety can be added to the wine to give a pink colouration.

Vintage Prosecco is very rare and most will be a blend of a number of vintages to keep a consistency of style and taste from year to year. 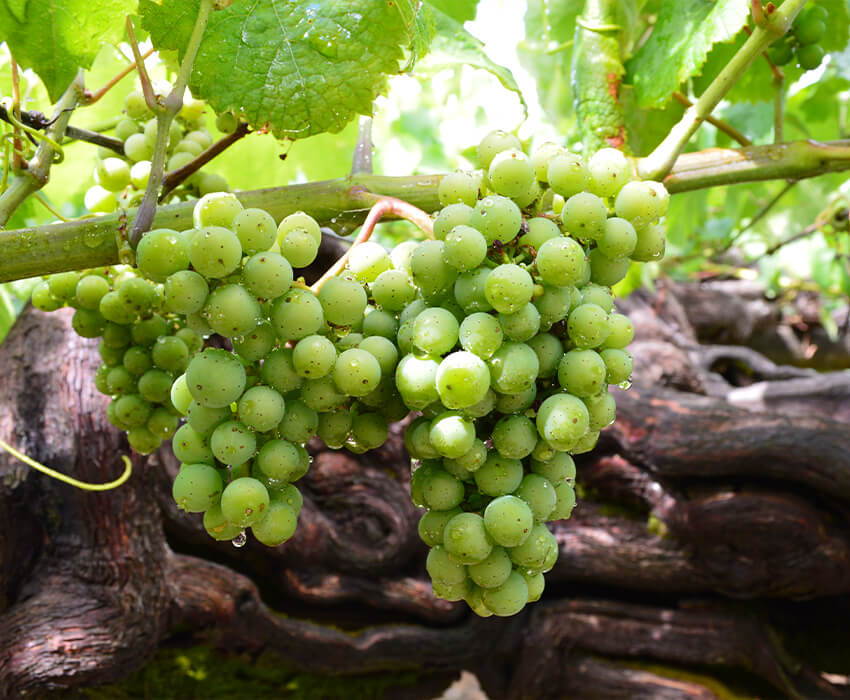 Not all that sparkles is Champagne...

Although Champagne and Prosecco are both sparkling wines, they get their bubbles in very different ways. Both start their life fermented as any other still wine you might drink. It is a secondary fermentation that traps all those lovely refreshing bubbles. 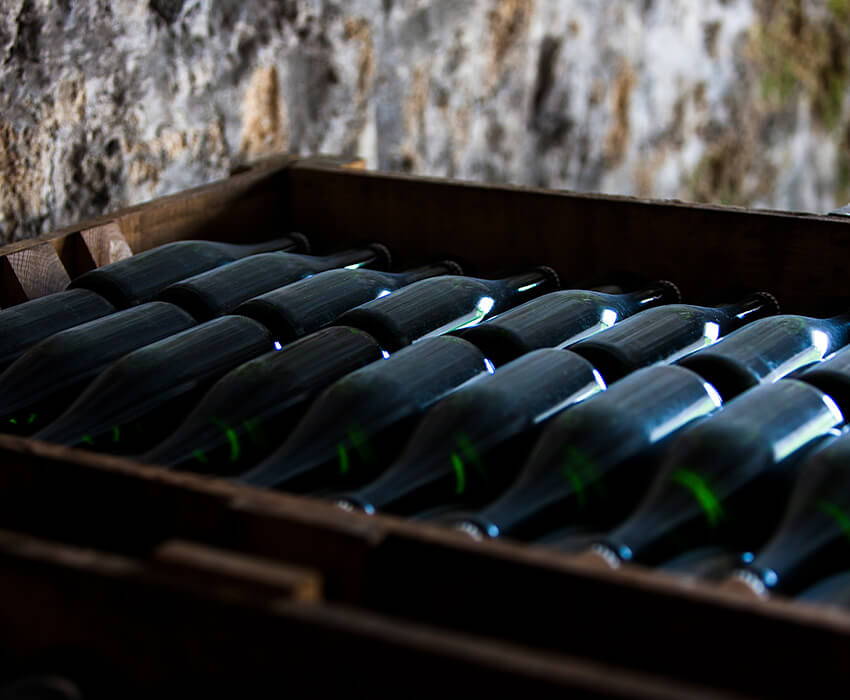 Champagne is produced in the painstaking Traditional Method (often called Champagne Method), whereby this second fermentation happens inside the bottle you buy in your local O'Briens. Sugar and yeast are added to the sealed bottle. The yeast feeds on the sugar, releasing alcohol and Carbon Dioxide. With nowhere to go in a sealed bottle, this CO2 becomes trapped in the liquid, giving us all those tiny bubbles we know and love.

After all the sugar in the bottle is consumed, the yeast cells die (now called lees) and are left in the bottle for at least 15-months, during which time they add an autolytic flavour to the wine, which is that distinct yeasty, brioche/croissant flavour complexity.

Before releasing the wine, the winery removes these lees from the bottle through a process called disgorgement, whereby the dead yeasts are slowly collected in the neck of the bottle and expelled by the pressure of the gas inside.

The Traditional Method of crafting sparkling wine is a slow, skillful and expensive process.

Prosecco gets its bubbles via the Tank Method (or Charmat Method). In this process, the secondary fermentation happens in large stainless steel tanks.

Still wine, sugar and yeast are mixed in the tank, which is then sealed to prevent the bubbles escaping. Again the same process occurs, whereby the yeasts consume the sugars and give off alcohol and Carbon Dioxide bubbles. The process will usually be halted when a desired pressure is achieved in the tank, which is done by cooling the liquid and syphoning off the yeast.

Prosecco is rarely left to age and is bottled fresh and young to retain the Glera grape's natural floral aroma character.

The Tank Method of producing sparkling wine production is more efficient and less laborious than the Traditional Method, so Prosecco can be made much quicker and cheaper than Champagne. 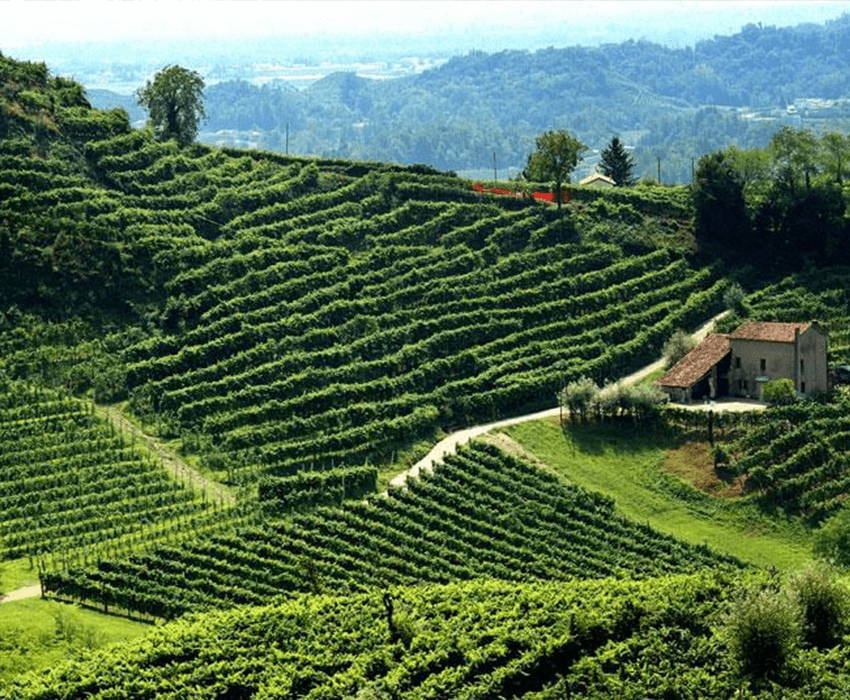 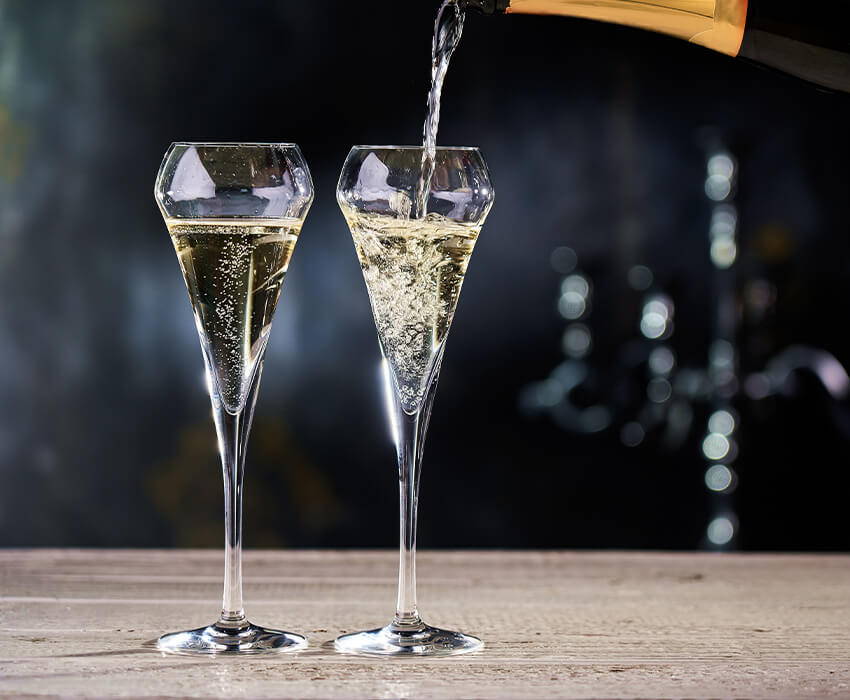 There are a lot of differences in how Champagne and Prosecco are made, so how do these change the flavour in our glass?

Champagne is bottled at significantly higher pressure than Prosecco (~90psi vs 40-55psi). This, along with the secondary bottle fermentation, gives a finer bead of smaller bubbles that last a long time in the glass. Prosecco will tend to have bigger, less intense bubbles.

Prosecco is made in two distinct styles- the less fizzy 'Frizzante', which will be bottled under screw cap or a cork-and-string, and the 'Spumante' style, which is bottled at a higher pressure and will be sealed with a Champagne-style mushroom cork.

Champagne is bottled at about 90psi, 2-3 times the pressure of a car tyre. A Champagne cork can be expelled from the bottle up to 80km/hr, enough to smash glass and cause serious injury.

Always open a bottle of sparkling wine with a towel over the cork and pointed at a bare wall in case you lose control of the cork. 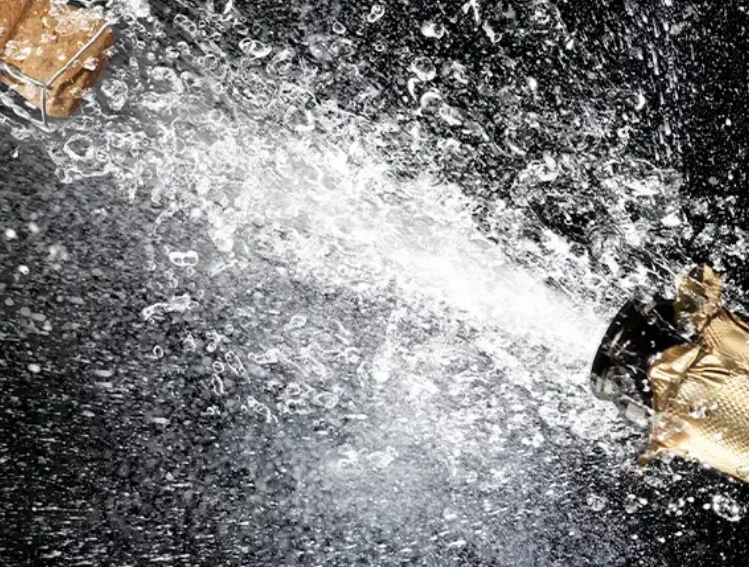 That is completely up to you. These are the most popular styles of sparkling wines in the world, and for good reason- both are delicious and ideal food wines and even better shared with friends. But there is an exciting world of sparkling wines outside these regions, so don't be afraid to explore Cava, Crémant or sparkling wines from Australia and USA.

Lorcan is O’Briens Wine Content Specialist, charged with spreading the wine word and keeping our customers and staff up to date with news of our wines and winemakers through his dedicated and passionate writing. Previously an O’Briens store Manager, Lorcan has written about wine in Ireland and Spain and is currently studying for the WSET Diploma. In his spare time Lorcan hosts wine tastings, blogs about wine and judges in wine competitions.