Malt, hops, water and yeast form the building blocks for a huge range of diverse flavours in beer with the different variations on these ingredients creating a myriad of different styles from light lager to imperial stouts.

Brewers are free to use all manner of ingredients with natural flavourings like fruit, honey, coffee and spices used to great effect in some limited-edition brews. However there is a lot one can do with just water, malt, hops and yeast and these four ingredients alone are responsible for the vast majority of craft beers we drink. Today we take a look at each. 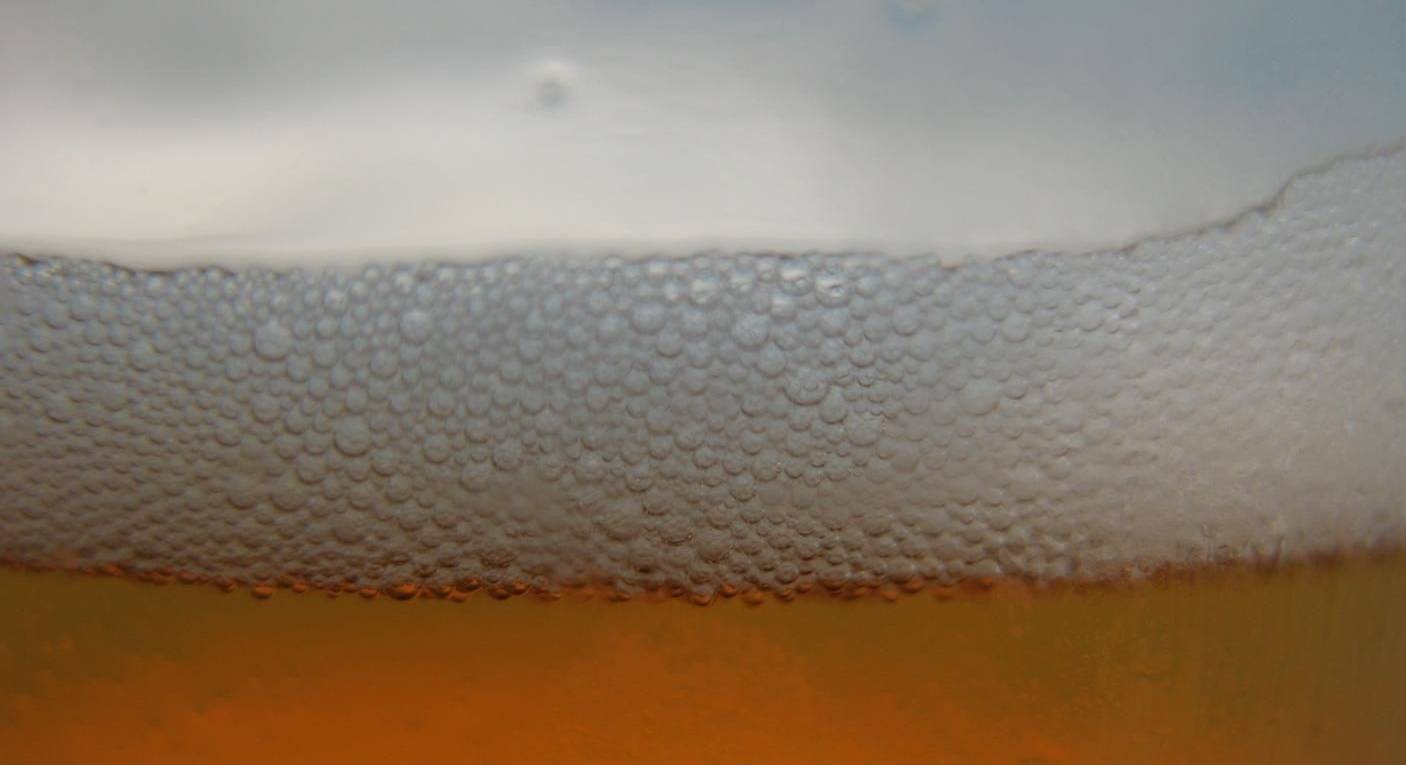 There may be a love affair with hops at the moment but without grain there is no beer. The sugars in grains provide the food for the yeast to convert to alcohol and carbon dioxide. The ‘grain bill’ or ‘malt bill’, the mix of grains used to make a beer, determines the colour of the beer and also gives beer flavour and mouthfeel.

Many different grains can be used in brewing such as wheat, oats, rye, rice or corn, however barley is by far the most used. Barley is a high starch grain, the more starch in the grain the better for brewing. However, starch in barley isn’t easily converted into alcohol through fermentation so barley is malted, this converts the starch into the sugars needed to feed the yeast.

The process of malting involves seeping the barley in water which encourages germination, the sprouting of a root. The sprouting barley is moved to the malting floor or vessel where it is allowed to grow for four or five days while the moisture content and temperature is carefully controlled. The germination process converts the starch in the grain to simpler sugars needed for fermentation. The process of germination is then stopped by gently drying the grain in a kiln. 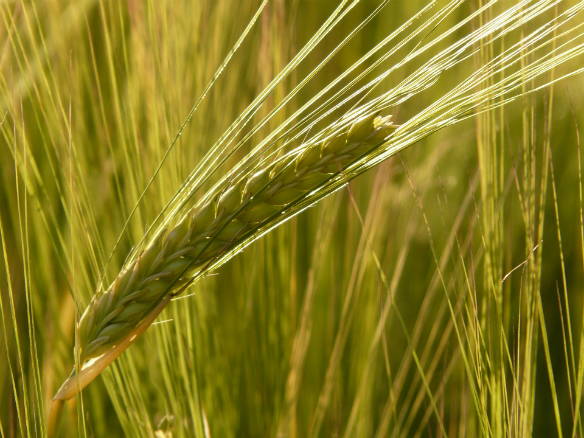 Varying the temperature at the kilning stage determines the colour and flavour profile of the malt. Basically, the higher the temperature the darker the malt becomes, this results in more complex sugars that don’t ferment, if you have tasted a caramel sweetness in a beer it is the result of these unfermented sugars.

Toasting the malt has a huge effect on the flavour of the resulting beer, the darker the malt the darker the resulting beer, this marks the difference between a crystal-clear pilsner and an opaque stout. You don’t need a lot of these darker malts to achieve the desired flavour in brewing as a high percentage of the grain bill will be ‘base malt’ which provides the majority of the required fermentable sugars. A smaller amount of ‘speciality malt’ or other grains can be added to achieve a desired flavour or texture.

It is down to malt and the time and skill involved in making its many variations that we have such a vast array of beer styles.

The oldest evidence of brewing goes back to approximately 9,000 years ago but it is not until the year 822 that we get the first evidence of hops being used for beer production. This comes from the Abbot of a Benedictine monastery near Amiens in France writing a list of rules governing how the abbey should be run and the how the collection of sufficient wild hops should be arranged. It is not for another 300 years before we see any evidence of widespread use of hops with commercial hop cultivation beginning in Germany in the 12th and 13th century. Before hops were adopted, many other plants were used to flavour and bitter beer such as bog myrtle or yarrow. Beers bittered and flavoured in this way was usually called gruit.

Hops are the flower of the hop plant, Humulus lupulus, these hop flowers or ‘cones’ have waxy lupulin glands that contain the alpha acids responsible for the bitterness, required to offset the sweetness of malt sugars, and oils that lends all those wonderful hoppy aromas and flavours to beer. The reason hops took so long to become a key ingredient in beer production is probably due to the time and energy required to bring these characters out in the beer. In general hops are boiled for an hour or more for this to occur. 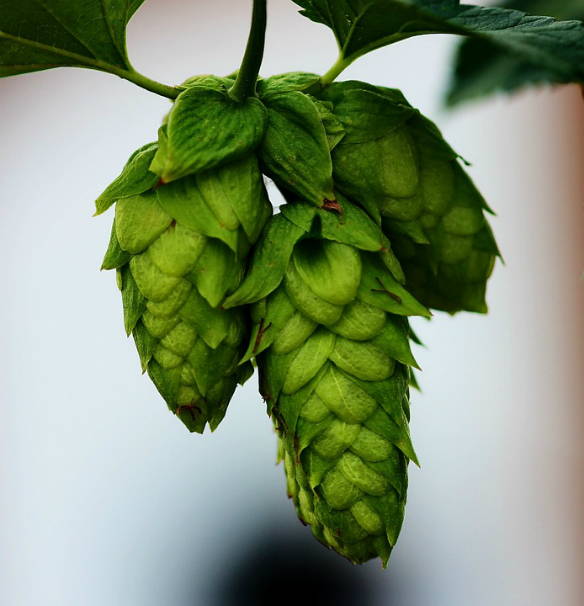 The amount of bitterness hops impart to the finished beer is determined by when they are added to the boil. Hops added at the start of the boil will impart more bitterness while those added at the end of the process will add more flavour and aroma. The amount of bitterness imparted and the aroma profile is also massively determined by the climate and the variety. Different hops varieties produce different flavour and aromas. From the traditional ‘noble hops’ of central Europe with their floral and slightly peppery or spicy character to new world hops with intense citrus, pine needle and grapefruit. At the turn of the last century there were perhaps a dozen different hop varieties in widespread use, now there are well over a hundred. In the 20th century growers and institutions began experimenting with breeding programs to create new varieties of hops (the now ubiquitous Cascade hop was first released in 1971) and now each year seems to bring with it a new hop. Hops have come along way.

Water is the predominant ingredient in beer and the quality and chemical makeup has an impact on the quality of the final beer. The type of water in certain areas also affected the style of beer that developed there. Some classic beer styles are, in part, the product of the particular water profile of the region the styles developed, such as with the soft water of Plzeň where Pilsner developed or London with its hard water which gave birth to Porter. 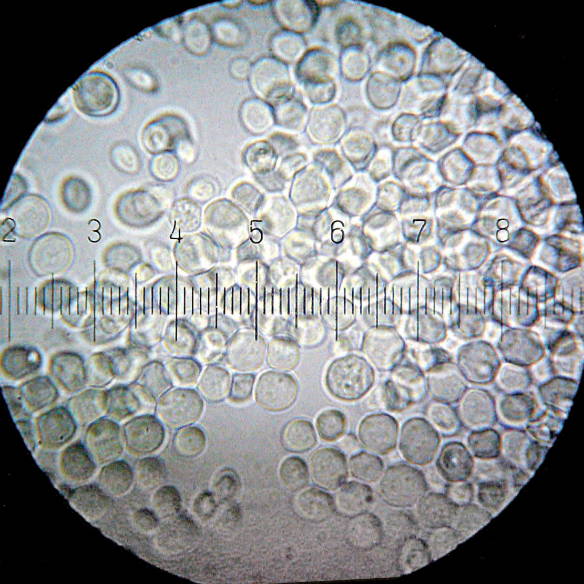 Yeast, this wonderful microscopic organism eats up the sugars from the malt and in the process, produces alcohol and Carbon Dioxide. Other serendipitous by-products of this is the production of flavours and aromas. Different yeasts strains produce different flavours such as Esters, which are an organic compound produced by yeast that produce fruity aromas and flavours such as banana, plum, apple, apricot. Phenols are chemical compounds that can come from several sources and can be undesirable in many styles, however, the strains of yeast used for Hefeweizen or some Belgian beers produce desirable phenols with spicy flavours and aromas like clove, & vanilla.

So, the next time you pick up your basket of craft beers in O’Briens take a look at the ingredients, it may surprise you how many different flavours and aromas can come from just four ingredients.